The Arnold Creek Neighborhood Association acknowledges the land now known as Portland rests on the unceded territory of the Multnomah and Clackamas Bands of Chinook who made this area their home. We extend our deepest gratitude to the First Peoples who were the original protectors and stewards of these lands and acknowledge all they have endured, and continue to endure, so that we may also call this place our home.

Attend an Arnold Creek Neighborhood Association meeting or contact us to learn how you can weigh in on land use projects and hear what others have to say. 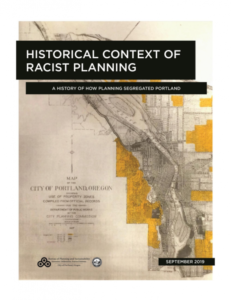 Notices for major alteration or additions
As required by Portland City Code section 24.55.210, there is a delay period of 35 days from the date of notice before work under the permit can begin. 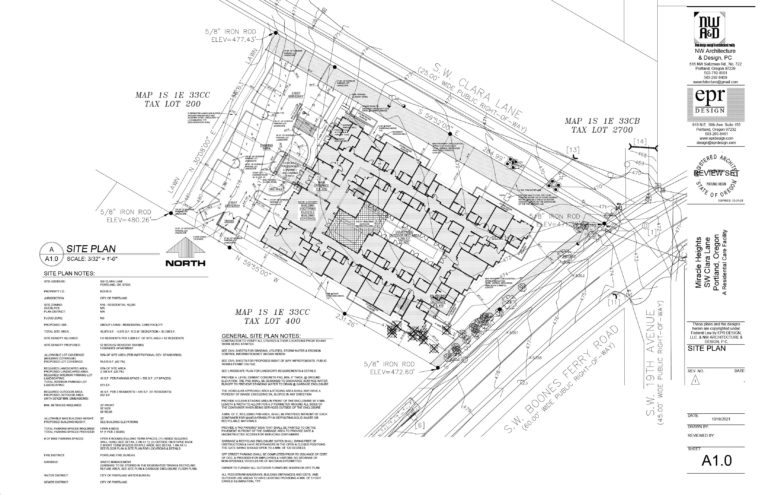 The original proposal for a Residential Care Facility (Miracle Heights) on the south side of Clara Lane at Boones Ferry was withdrawn earlier this year. The application has now been re-submitted. The main changes are the addition of a 3,054 sq. ft. basement which includes an owner’s apartment, and the addition of one bed for a total of 52 beds. The total square footage of this two storey building plus basement is 30,455.

This proposal is a non-conforming development in a single-family residential zone, so it is subject to a Conditional Use Review which will assess compatibility with the surrounding neighborhood.

This proposed building will eliminate the existing wetland which covers most of the property. Mitigation will be required.

Improvements will be required to the Boones Ferry right of way, and Clara Lane bordering the property will be brought up to current roadway standards.

Arnold Creek Neighborhood Association Board would like to get feedback from residents regarding this major development proposed for our neighborhood. Please send your comments to board@arnoldcreek.org.

In September 2021, the City began work on Phase 2 of the Residential Infill Project (RIP2). This phase focuses on the remaining HB2001 and SB458 state legislative mandates requiring cities to open up all Single Family Residential Zones to duplex housing, expand other types of housing (referred to as middle housing) and allow many lots which have been or will be developed with more than one dwelling to be more easily divided to allow for individual ownership. The first phase of RIP (adopted in August 2020) focused on R2.5-R7 zones. This phase will focus on R10-R20 which is the zoning for a majority of the ACNA properties.

For decades the area around the intersection of Barbur Blvd, Capitol Highway/Taylors Ferry, and I-5 (known as “The Crossroads”), as well as neighborhoods to the north and south, have remained largely unchanged. The use of land and roadways reflects old planning practices that prioritized space for cars more than people.